A premier federal grant development and grant writing firm that draws upon the experience and skills of former grant reviewers at many federal agencies.

Polito and Associates utilize a very successful model for grant development and writing – it draws upon the skills and expertise of former grant reviewers at many federal agencies.  Their many years of hands-on experience give them an intimate understanding of what is effective and ineffective in a grant application.  This is especially important since the key to unlocking the door varies by agency.  Their insights on grant writing techniques, creating a compelling scope of work, and which evidence-based practices to cite can make the difference between winning and losing a grant award.

The firm is led by Bobby Polito.  Bobby was intimately involved in the grant development and review processes at the U.S. Department of Health and Human Services (HHS) as Director of the Center for Faith-Based and Community Initiatives.  HHS awards almost ten times as many federal grant dollars as any other agency.  At HHS, Bobby created the Compassion Capital Fund grant program and built the Mentoring Children of Prisoners and the Access the Recovery Program which assists addicts and promotes recovery.  Bobby has also founded and led local non-profits that have secured million dollar+ government funding.  He has sat on several boards of directors and served as an advisor to the Mayor of New York on welfare and substance abuse issues. 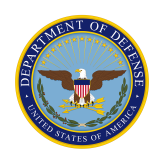 Fix & Associates LLC is led by Don Fix, who has represented states and communities in the 1991, 1993, 1995 & 2005 BRAC (Base Closure and Realignment Commission) rounds.  Prior to forming Fix & Associates, Don was a principal partner in a federal marketing and lobbying firm for 24 years.  During that time, he represented an array of U.S. and international corporations and defense manufacturers on policy and government procurement matters.  Don spent the last five years of his military service in the Pentagon in the Secretary of the Army’s Office of the Chief, Legislative Liaison where he was responsible for procurement, military construction, intelligence, environmental, and base realignment/closure issues.  His twenty years of military service included several overseas assignments, as well as two tours in Vietnam as a combat infantryman and a helicopter pilot. He graduated from the U.S. Military Academy in 1966 and holds a Master’s Degree in Systems Management from the University of Southern California.

Don has successfully represented public and private sector clients, and domestic and international clients, on a broad range of BRAC, government procurement, federal marketing, contracting, and legislative policy issues for over 24 years.

Art Kelly has a long track record of effectively building and implementing grassroots plans.  In particular, he built a nationwide grassroots network as Vice President of Field Operations for the United Seniors Association (USA), which mobilized over 1.5 million senior citizens.  According to the president of Direct Mail Processors, USA was the only grassroots organization that was able to organize grassroots leaders to personally deliver petitions to Congress.  These constituents delivered tens of thousands of petitions to every congressional office and to many Members of Congress themselves.

Art also has specialized expertise in directing successful grasstops campaigns (mobilizing community leaders) as Vice President of CNP Action, Inc., the lobbying arm of the Council for National Policy (CNP).  The New York Times described CNP as "a few hundred of the most powerful conservatives in the country.”

These are highlights of a distinguished 30+ year career in Washington, DC that also included a senior management political appointment to the Department of Education, and significant experience in government affairs, public policy, and communications.  Art served as a Special Agent in Military Intelligence, including service in Vietnam with the 101st Airborne Division and the 1st Logistical Command.  He was awarded the Bronze Star with Oak Leaf Cluster. 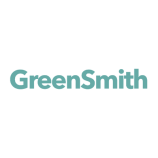 An energetic and effective PR firm with broad experience and specialized expertise in environmental issues.

GreenSmith Public Relations is an energetic and effective PR firm with broad experience.  Based in the Washington, DC area, the firm has thirty years of experience working on Capitol Hill and interfacing directly with members of Congress and key congressional staff.

Lungren Lopina maintains close relations with a number of former Members of Congress, House and Senate, Republican and Democrat.  They can broaden our depth whenever needed.  Each has his or her own areas of expertise and legislative history of success.  No matter what the issue or committee is, we will team with these former members when it best serves our clients.